Since I get to do a little recruiting in between my full load of HR duties, I sometimes read the email newsletters from Recruiter.com as they come out, and I saw an infographic that made me laugh recently. It was comparing the costs of phone and video interviews. Check it out. 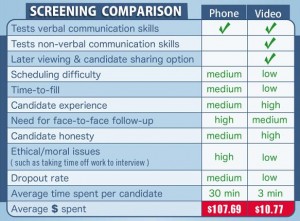 Apparently video interviews are even better than sliced bread.

The points I contend with:

I’m not saying video interviews are not an option or are even inferior, but I am saying that they aren’t head and shoulders above the traditional recruiting and selection methods. As long as the hiring process involves recruiters and hiring managers making educated guesses based on resumes and interviews, there will always be some level of inefficiency and poor decision-making.

Would anyone else like to discuss? Do you agree with me that these points are stretching the truth when it comes to video interviewing costs, or am I off the mark?

Check out the rest of the infographic here.

Ben is an HR Generalist for a private defense contractor located in Huntsville, AL.  Wish a passion for leadership, straight talk, and social media, he blogs at UpstartHR and is a co-founder of HRevolution.  Ben is also an active SHRM volunteer in the state of Alabama and has written an eBook on HR certification study strategy (Rock the PHR). 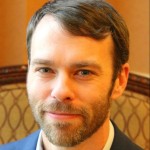