If you’re a cynic like me, the last thing you want to read or hear about is all the sappy Valentine’s Day stories.  Blah.  My Valentine’s Day was spent dealing with a difficult break-up of sorts.  I quit my job.

You see, I moved to my current  home in sunny Florida from what I refer to as the Great White North (upstate New York) just under eight and a half years ago post college.  My goal was to escape the snow and find a job.  I packed all that I could into my little Honda Civic and zigzagged my way down the east coast on a site-seeing adventure with a college buddy until I arrived in Tallahassee, land of the Seminoles.

Over the past eight plus years I’ve worked for several different companies in various industries but always in a human resources capacity.  Also, shortly after landing my first gig I joined the local SHRM chapter, started volunteering and quickly worked my way to the board of directors and eventually as chapter president.  This volunteer role paved my way to join the HR Florida State Council as a volunteer, which is where most people know me from.  Throughout my time here in Tallahassee I have networked like no other.  I have volunteered for civic organizations and professional associations.  I have put in the time and grown in my career, far exceeding even my own expectations.  Eventually, however, I began to feel like I hit a limit on my career growth, a “ceiling” if you will.

As a visible leader of the local SHRM chapter I quickly networked my way into knowing the majority of human resources professionals and business owners in the community.  I reached a point where I honestly felt like there was no where else I was interested in going to further my career here in Tallahassee.  I wanted something new.  A new challenge.  A new chapter.  That being said I put some feelers out with colleagues across the state and within no time I found an awesome opportunity in a new city.

The dilemma?  I love the HR team I work with at my employer.  How could I even think of leaving this rockstar team at the start of our busiest time of year.  I asked myself a lot of questions and weighed all the options.  All of this led me to my final decision.  Change it is!

In the next week I will be leaving a team I’ve grown to respect and care about and moving across the state to Jacksonville, FL to start a new gig.  I am thoroughly excited and ready for whatever life has to throw at me as I embark on this crazy adventure.  In the back of my head I am scared but I truly believe it is worth the risk.

Here’s to taking something new and exciting and running with it!

Stephen Harrison is currently the Social Media Director for the HR Florida State Council. He tweets under the handles @hrflorida and @stevemgharrison. Aside from his volunteer role with SHRM, Stephen is a tech-savvy, results-driven people manager with an over eight year track record of delivering a strong human resources agenda in the civil service, education, information technology, benefits administration and energy services sectors, encompassing small private sector companies with 30 employees to large public sector companies with 7,000+ employees. 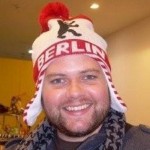 Leadership April 4, 2016 • 0 Comment
Having a personal mission statement has many clarifying and focusing effects, but how does one distill hopes and dreams into one sentence?  First, it is…

HR Recertification – it’s an investment in You!

Professional Development May 27, 2015 • 0 Comment
Congratulations!! We know becoming certified as an HR professional is not easy. Some of you are newly PHR or SPHR certified by the Human Resource…

Leadership April 7, 2015 • 0 Comment
We are pleased to share that HR Florida received the SHRM EXCEL Platinum Award for 2014—the highest level recognition provided.